I'm Scottish, so why am I writing a short blog about Thanksgiving, a North American tradition?

Thanksgiving has its origins in a celebration during the Fall of 1621 when a feast was given to give thanks for a good harvest. A very important harvest being the first of such for the early settlers. Though the "good harvest" would technically have happened well before the end of November, it is nevertheless set in tradition, and law, now that the fourth Thursday in November is the celebratory date.

In the UK we have a Harvest Festival, which is similar but isn't celebrated with a large gathering of family, friends, a lavish meal  and a large roast turkey at the centre.

But I do celebrate it in my heart, and always send wishes to my friends in America.  I will be forever grateful for the great cycle adventure across the USA in 2011, where I was on the receiving end of many a kindness and generous act. So, to all of the people I met and new friendships that were made, I hope you all have a great time.

I guess not so great for turkeys though.
Posted by Graham Kitchener at 10:15 No comments:

Down in the garden today I was busy gathering up all the dead leaves from the Autumn Fall. It is a time of death for nature, a natural cycle that happens on purpose every year around this time.

50 years ago this Friday, on the 22 November 1963 (also a Friday) a very unnatural death occurred on Dealey Plaza, Dallas, Texas, when the then President of the USA, John F Kennedy, was assassinated. But recent compelling evidence has arisen that would suggest although Lee Harvey Oswald attempted to kill Kennedy, he may have actually died as the result of a round being set off accidentally from Secret Service agent George Hickey's rifle, travelling in the car behind. 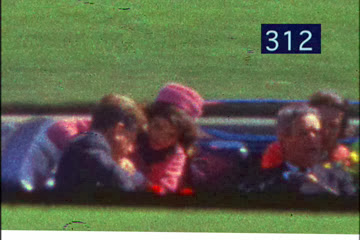 Born in Massachusetts in May 1917, Kennedy was elected to President in 1960. His foreign policy was dominated by confrontations with the Soviet Union, most famously the Cuban missile crisis in October 1962. He stood his ground with the then Russian president Khrushchev to remove all Russian nuclear missiles from Cuba. The world waited in fear of a nuclear exchange between the two countries, but thankfully Khrushchev relented.

In Berlin in June 1963 he gave his famous speech which included the phrase "Ich bin ein Berliner" (I am a citizen of Berlin) at the now completed Berlin Wall, blaming it on the failure of communism. 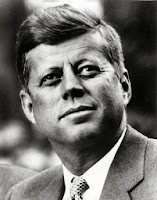 He was a true visionary. He tried to negotiate a nuclear test ban treaty, but failed. It would later come to pass. He fought for improved civil rights and total racial integration, and though he turned down an invitation to speak at the famous rally that Martin Luther King gave his now legendary speech, he was a strong supporter of him.

In May 1961 he laid down the challenge to place a man on the moon before the decade was out.

He truly was one of Americas great Presidents, but many disliked him for his views.

The recent evidence suggests that Oswald fired only two rounds. The third shell casing was in fact an  empty case, placed in the rifle to protect the chamber from damp. The first shot ricocheted off the road, the second went through the Presidents back and out of his chest and on to hit Governor Connaly in the front seat. New computer analysis now has the path of the bullet lining up perfectly, discounting the previous myth of a "magic bullet" turning corners. 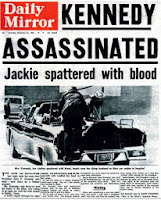 But right at this time, in the car behind, George Hickey reached for the only rifle in the Secret Service arsenal, flipped off the safety and stood, about to turn to where the shots came from. The car lurched. At this point new evidence now strongly suggests that he may have accidentally pulled the trigger, and a round was fired straight into the back of Kennedy's head.

The most damning evidence are the bullets themselves. Oswald fired bullets with full metal jackets. These would penetrate and exit the target intact. The bullets that where in the Secret Service rifle however were designed to explode on impact. This would have caused the kind of injury to Kennedy's head that was witnessed by all on that fatal day and shown in the Zapruder film footage. The calibre of bullet was also different to Oswald's.

In a controlled test using respected marksmen, not a single one could recreate the original theory that Oswald got off three accurate shots in five seconds.

A member of the Vice Presidents car, which was two cars behind, later reported a strong smell of gunpowder hitting them as they accelerated away from the scene. This could not have been from Oswald's gun way up in the book depository window.

We'll probably never know for sure. If it is true, George Hickey would have lived with this secret for the rest of his life up to his recent death in 2011. He always denied the allegations and even attempted to sue those who tried to publish the story as fact.

I have no idea if this is true or not of course, but it does raise an interesting angle to the debate. If it were true it would be understandable why this would all be covered up. Not just because of the embarrassment but the far reaching effect on a nation who's moral was already low with recent events and the escalating crisis in Vietnam.

Whatever the cause, it was a very unnatural and sad death.
Posted by Graham Kitchener at 19:31 No comments:

Over the summer, Pauline and I were busy touring Scotland with our talk show of our travel across the USA, Sleepless 'til Seattle.  The show was a huge success with great audiences, quite an achievement considering we are not household names. 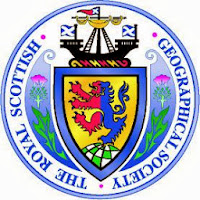 When we took our final bows on Friday 30th August in Helensburgh we thought it was all over. However, just a couple of weeks later the Royal Geographic Society in Scotland invited us to be part of their winter season of lectures, alongside names such as climber Doug Scott, Professor Iain Stewart and expedition leader Col John Blashford-Snell, all most definitely house hold names in terms of their achievements.

We were to give two talks, the first in Perth and the following evening in Stirling, at the university's lecture theatre.

The first night went very smoothly, with an audience close to 200, our biggest so far. At Stirling the following night, things were a little more nerve racking. Once again it was a good size audience of well over 100, and as always we were well prepared to give an entertaining performance.

But the gremlins decided to infest our technology. For some strange reason, that we were never able to fathom, the charging cable for the computer created interference all over the image on the screen. The only way to solve it was to remove the cable and run on battery power. That would have been fine, but experience had told me that the battery would only last somewhere around one hour, as it had to power an external hard drive.  But the show was around one hour and five minutes long!

I have to admit to feeling increasingly nervous as we got closer and closer to the end. A clock on the wall went past one hour. I was now planning in my head what I would do when the battery power failed, and more importantly what I would say to the audience.

It was a great relief. This had been the 13th show after all. 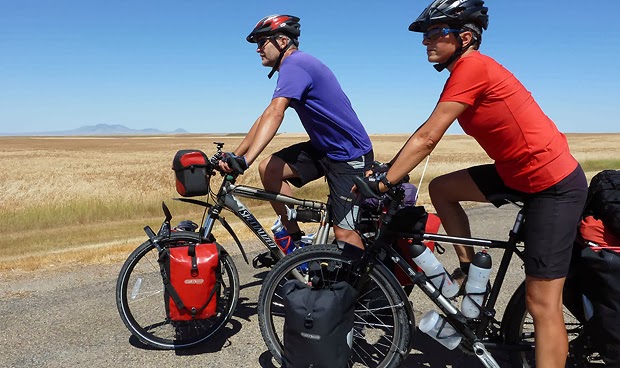 Posted by Graham Kitchener at 21:57 No comments:

As you'll know from my last blog, autumn is my favourite time of year with it's fantastic array of amber tones. Typically it doesn't last very long and the colours disappear from the trees, carpeting the ground in fiery tones. But the end of October also brings a new colourful time, with amber tones once again dominating, but this one is manmade. 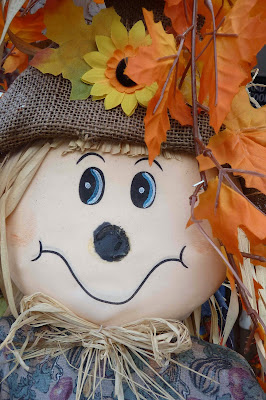 Halloween, derived from All Hallows Eve. A night when kids, young and old, are out and about, trick or treating in America or guising in the UK. America seems to go for Halloween in a big way, with the bright orange pumpkins taking centre stage. But in fact history shows that it originates in the Celtic regions, mostly Ireland, where it was said to be a celebration of summers end.

Traditional celebrations have us dressing up as ghouls and skeletons, scaring each other or watching scary movies. This most likely comes from the more direct meaning of All Hallows Day where the dead are celebrated.

This year I like the twist that artist Dmitri Galitzine has taken: he is going to attempt to row a hollowed out 800lb pumpkin from Gosport to the Isle of Wight, a distance of three and a half miles. As you do!

In the UK Halloween and Guy Fawkes night, the 5 November, all seem to roll into one, and last night it was past midnight before the fireworks stopped and the bonfires were dampened down. Guy Fawkes was famously a member of the Gunpowder Plot, an attempt on King James 1st life, by setting explosives below the House of Lords in 1605, and the 5 November is an annual event of thanksgiving for its failure.

The nights are suddenly darker earlier, the temperature has dropped, and the burning amber colours of the leaves have given way to ghosts and ghouls and pumpkin soup  followed by the fires and bright flashes of fireworks, all rolled into one, all in colourful celebration. 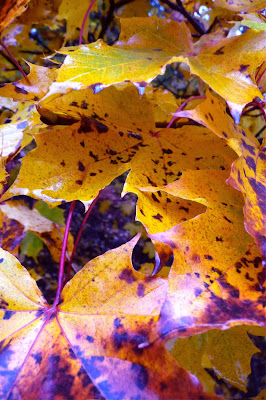 Posted by Graham Kitchener at 09:20 No comments:

An adventure talk all about the 4,000 mile cycle across North America